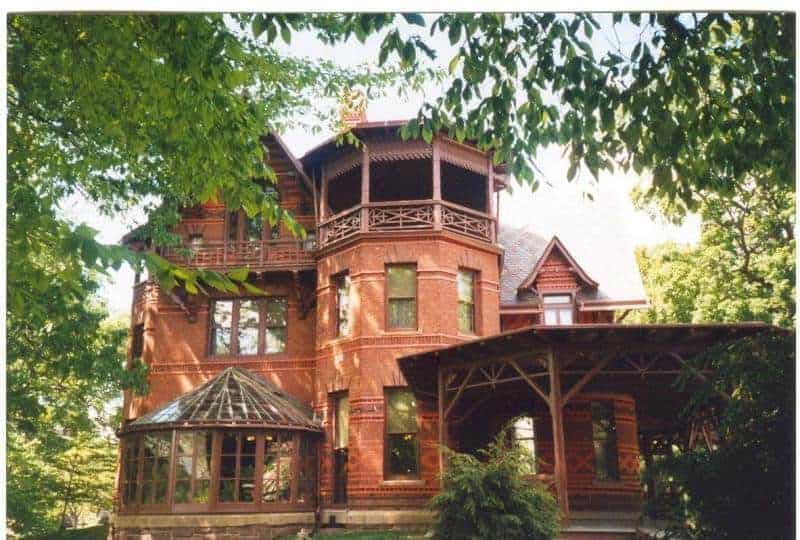 You don’t have to be a literature buff to visit Mark Twain House & Museum in Hartford, Connecticut. This building is more than a historical landmark. It is a piece of outstanding architecture and a trip here will take you back in time to when Tom Sawyer and Huckleberry Finn roamed the pristine lands of America.

A visit to Mark Twain House & Museum can be fun and engaging for both adults and children. If you are traveling through Connecticut, you must make a stop in Hartford at the former residence of Samuel Langhorne Clemens. Here is why!

The Twains move to Hartford

Mark Twain and his wife, Olivia moved to Hartford, CT in 1868. They loved the town so much, that they decided to buy land and build a home there. In this regard, they commissioned the services of New York architect Edward Tuckerman Potter who chose a Gothic Revival architectural style, which the Twains immediately approved.

The house was ready in 1874, and the Twains moved in together with their three remaining daughters. The house was designed in such a way that Mark had his separate quarters where he could work peacefully, while the kids had separate playing areas. The upstairs rooms served as classrooms where Mrs. Twain would tutor the girls, and billiards rooms for entertainment purposes.

Mark Twain wrote most of his successful books in the family’s Hartford residence, including The Adventures of Tom Sawyer (1876) and Life on the Mississippi (1883).

Susy’s Death and the Family’s Departure for Europe

The end of the 19th century brought severe financial problems for the Twain family who was forced to relocate to Europe where Mark could teach and hold conferences, and where the cost of living was cheaper than in the United States.

Their oldest daughter, Susy chose to remain in America and sadly died of spinal meningitis in 1896 at the age of twenty-four. She spent her last few days in her parents’ bed in the Hartford residence, which is why the Twains decided that they could never return to live there, and later sold the property.

The current Mark Twain House & Museum went through different ownerships afterward, and it was close to being demolished in 1929 if it wasn’t for Katharine Seymour Day – a grand-niece of Harriet Beecher Stowe, who had been close to the Twain family.

Mrs. Day founded the Friends of Hartford organization, which raised enough money to pay for the mortgage and partial repair of the house. The final restoration works finished in 1974, and three years later, the property entered the National Trust for Historic Preservation.

From then on, the curators gathered artifacts, personal items and memorabilia to create the Mark Twain House & Museum and open it to the public for admission.

Nowadays, visitors to the Mark Twain House & Museum can see where the Twain family lived at the end of the 19th century and admire more than 50,000 artifacts, manuscripts, and photographs from Mark Twain’s life and writing career.

Prev: 10 Fun Tourist Attractions to See and Do in Hartford, CT

Next: A Visitor’s Short Guide to the Bushnell Park Carousel in Hartford, CT