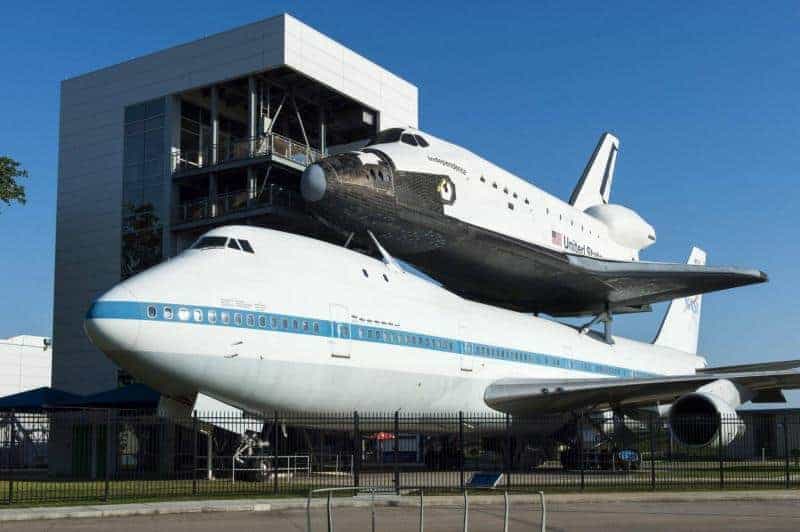 If you like sticking your head way above the clouds, then you will love your visit to the Space Center Houston. The official home and center visitor of NASA is one of the top attractions in Houston, Texas for both tourists and locals.

The NASA Johnson Space Center opened its doors to the public in 1992. Since then, it has welcomed over 1 million visitors annually while generating a massive economic impact of over $73 million for the city of Houston.

Even if you are not passionate about astronomy and space travel, you will still find the 250,000-square-foot venue entertaining and educational. Here are some of the best things to see while you visit it:

If you want to explore space without leaving the ground, you can do so in the Starship gallery at the Johnson Space Center. This venue is very close to a museum of space as it displays three of the spacecraft that NASA flew into the orbit, moon rocks and other artifacts from humanity’s exploration of the “great beyond.”

Some of the exhibits include the Mercury 9 capsule, the Gemini 5 capsule, and a full Skylab 1-G Trainer module. A Lunar Vault preserves various samples taken from the Moon and the only Moonrock in the world that visitors can touch.

Another popular attraction at the Space Center in Houston, TX is the Independence Plaza. This exhibit complex hosts the world’s only Space Shuttle replica called Independence. Here, visitors can have a close look at the remarkable engineering that enables humans to travel safely beyond Earth’s atmosphere.

The Independence mounts the original shuttle carrier aircraft in a gigantic ensemble that cost the science center over $15 million to set up. Since its inauguration in 2016, millions of people have already visited the breathtaking display.

The NASA Tour and Rocket Park

While visiting the Johnson Space Center you can take a tour in and around the venue with a tram that takes visitors around the working government facilities.  On this circuit, you can see the historic Mission Operations Control rooms and a Rocket Park that exhibits a refurbished Saturn V rocket.

The Rocket Park at the Houston Space Center also includes galleries of artifacts that are part of the National Trust for Historic Preservation. These unique items often make the subject of temporary exhibits at the Smithsonian Museum.

One of the most recent galleries at the Space Center in Houston is the Mission Mars Gallery, which opened its doors to visitors for the first time in 2017. Here, you can use state of the art technology like virtual reality to explore NASA’s plans for the future exploration of the “Red Planet.”

The Johnson Space Center in Houston abounds in entertaining attractions for every taste. Besides the historic exhibit galleries, you can also visit a 4K, 5-story theater that shows various productions representative of NASA’s exploration of space.

Other attractions include a Stellar Science Show, an Astronaut Gallery, and live interactive artistic representations. If you choose the VIP visitor package, you can opt to have lunch with a real astronaut and a personal guided tour of the Center that lasts approximately five hours.

Prev: 4 Reasons Why You Must Visit the Houston Galleria

Next: 5 Reasons to Visit the Sam Houston Race Park