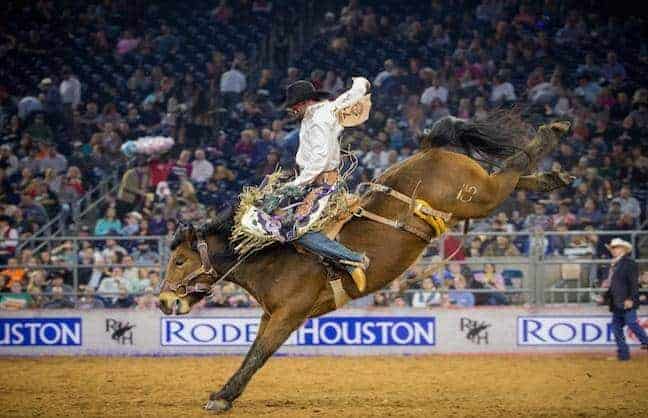 If you are planning to visit Houston, you must do it in March when the city’s signature event The Livestock Show and Rodeo takes place.

The largest livestock exhibition in the world is more than a regular event. It is a reason to be proud and to honor tradition for millions of Texans and rodeo fans. Few entertainment shows in the world match the extravagance and excitement of the RodeoHouston, or HLSR as some refer to it.

Here are 5 interesting facts about the Houston Livestock Show and Rodeo that we’ll make you appreciate it even more:

With more than 2 million attendees every year, the Houston Livestock Show and Rodeo is one of Texas’s biggest events. The city of Houston rakes in almost $30 million in revenue during the weekend in which the NRG Stadium hosts the event.

Additionally, the show creates no less than 7,000 jobs that help many people in the local community to temporarily enhance their income. Several local companies have a chance of expanding their business during the most anticipated event of the year.

Since 1940 when HLSR decided to include concerts in its program, the event hosted some of the biggest names in music history. Over the years, the ones who took to the stage have included Elvis Presley, Bob Dylan, Lynyrd Skynyrd, and Bon Jovi.

Undoubtedly, some of the crowds’ favorites are the country artists who fit perfectly with the theme of the Livestock Show and Rodeo. Some of the big names that played at the event include Kenny Chesney, Garth Brooks, Willie Nelson, and George Strait.

There are cooking and eating contests

Food lovers will not want to miss the Houston Livestock Show and Rodeo. Besides the numerous entertainment programs that take place during the event, there are also cooking and eating contests.

Several chefs, both professional and amateurs take part in a cook-off that asks them to cook their best versions of eight dishes from the local, Texan cuisine.

The Foodie Award goes to the contestant who manages to eat the whole eight winning dishes in one sitting and without throwing up. Both contests are among the crowds’ most anticipated attractions.

During the Houston Livestock Show and Rodeo, more than $12 million are granted through scholarships to the local deserving students. The event has been supporting education in the Houston area for several decades now. Many students can benefit from these grants whether they study in the medical field, engineering or even if they are in the military.

RodeoHouston is an event about and for the people

The Houston Livestock Show and Rodeo are one of those events that enliven the entire community. First off, seniors get to enter for free. Secondly, young people who have a hard time finding a job can earn precious experience and develop work connections by taking up voluntary jobs. More than 1,000 such tasks are available during the event.

Prev: The Best Things to do and see at the Houston Zoo in Texas

Next: Discover a Powerful Learning Experience at the Holocaust Museum in Houston